By Susan WarnerDecember 8, 2015 No Comments

(This article was originally published December 7, 2015 on Gatestoneinstitute.org. Reprinted with permission.)

In a stinging article commemorating the recent 70th anniversary of the liberation of Auschwitz, Charles Krauthammer noted,

“The rise of European anti-Semitism is, in reality, just a return to the norm. For a millennium, virulent Jew-hatred — persecution, expulsions, massacres — was the norm in Europe until the shame of the Holocaust created a temporary anomaly wherein anti-Semitism became socially unacceptable.

“The hiatus is over. Jew-hatred is back, recapitulating the past with impressive zeal.”

For French citizens, the Holocaust seems a faded memory. The anti-Jewish sentiment that drove the French Vichy government to serve up an estimated 77,000-90,000[1] French Jews to the maw of Hitler’s Jew-killing machine was not driven by anything that looks like today’s Islamic jihad, but by the same majority of French Catholics. After almost two millennia of French-Christian anti-Semitism, their DNA imprint remains. Anti-Jewish racism is hardly a faded memory for the increasing number of French Jews now fearfully contemplating flight from their homeland in the wake of disturbing current events. 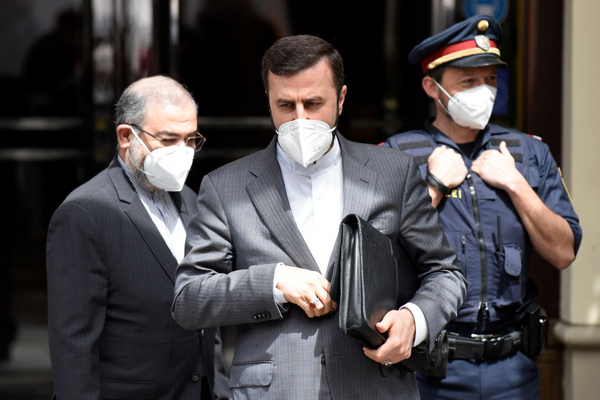 The long history of French anti-Semitism reaches as far back on the calendar as Christianity itself.

In 325 CE, with a sweep of his pen, the Emperor Constantine, at the first Council of Nicaea, unwittingly signed the death warrant for millions of yet-to-be-born Jews throughout what is now Christian Europe.

The writings of the Church Fathers such as Tertullian and Origen, who accused the Jews of killing Jesus (deicide), also assert that God revoked his everlasting covenant with Abraham (and the Jewish people) as described in ancient holy books.

The Catholic Church has taken over that doctrine by claiming its rights as “The New Israel.” In its arrogance, the Catholic Church arrogated to itself God’s Covenant, originally contracted with the Jews in Genesis Chapter 12, in which God promises the Hebrew people — through Isaac and Jacob — a land, a nation and a specific destiny.

This theological inversion, referred to by scholars as “Supersessionism” or by the more colloquial expression “Replacement Theology,” infers that God’s covenant with the Jews has been repealed, and the Jews have supposedly been replaced by “the Church.”

This doctrine, combined with the incendiary writings of the ancient church fathers, nurtured hatred for Jews throughout Catholic, Eastern Orthodox and Protestant majority nations from the 3rd Century, throughout the ensuing centuries, until 1965. It was then that an official Vatican II document, “Nostra Aetate” absolved the Jews of the ancient charge of deicide and restored at least a portion of their claims to the original covenant relationship with God.

Sadly, “Nostra Aetate,” however, did not nullify the false doctine [2] of “Replacement Theology.” Roman Catholic teaching still affirms the “Supersessionist” position that Catholics are the “New Israel” or “The Israel of God.” The exact wording from the document is subtle but unmistakably clear; “Although the Church is the new people of God, the Jews should not be presented as rejected or accursed by God, as if this followed from the Holy Scriptures.”

If the Catholic Church considers itself the “New Israel,” then why not allow Pope Francis make a unilateral declaration of Palestine as a state? So that is just what he did a few months ago. With a historic stroke of his pen, the Pope took it upon himself summarily to cross out Israel’s sovereign rights to her land, and her legitimate authority to negotiate her national destiny.

The guiding principle of “Replacement Theology” is a silent permission slip to demonize and destroy the Jews and Israel. In France as in the rest of Europe, it contributes to the political, social and religious atmosphere in which the growing influence of radical Islam merges with the long-held French inclination to ignore, disparage or minimize the concerns of their Jewish minority.

Despite the secularism enveloping much of Europe, France is still considered a Catholic nationa, with over half of its citizens members of the Catholic Church.

The “Supersessionist” DNA, hidden beneath the surface of the society, is what drives secularized Christian nations such as France, Britain and Sweden to appease Islamists, who are working to increase their influence, numbers and decibel levels.

Ironically, according to Islamic doctrine, many Muslims may well see themselves as lining up in Europe to supersede the Catholic Church as they pursue their dream to conquer the world for Allah.

Some suggest that if current population trends continue, prodded by the new migration and the extended families that are sure to follow, Islam will soon be the new majority. Such a demographic shift would not only leave Christians in jeopardy, but Jews in double jeopardy — antipathy from their own government and overt hostility from Islam.

Throughout the 1600 years between the Emperor Constantine and the HyperCacher kosher market massacre in January 2015, the “Supersessionist” Christian “death warrant” was reconfigured and rewritten hundreds of times.

Until the late 1700s and the aftermath of the French Revolution, France was governed by religious, not secular, forces.

Anti-Semitism ebbed and flowed through French history in the form of local, national and international edicts and actions against Jews. The Dreyfus affair (1894-1906), for example, was a political scandal that uncovered a virulent French anti-Semitism.

While it was not French Christians per se who fired the gun on the Jewish shoppers outside Paris in January, it is legitimate to question the role that Christian anti-Semitism plays in creating this climate shift as Jews, yet again, become victims in their own homeland. London’s Guardian, writing about the recent attacks on Charlie Hebdo and the HyperCacher supermarket, said:

“[The] dramatic increase in the number of Jews moving from France… had already become the subject of international discussion before last week — with some commentators going so far as to invoke the specter of Fascism during the 1930s. It is almost as though the fate of French Jewry is seen as a cipher for widespread, even existential, fears about the future of Europe itself.”

On the one hand, France’s President François Hollande wants his audience to believe that decisive action is being taken against Islamic terrorism. For example, in the aftermath of the most recent terrorist attacks in Paris, the French government has assumed a bold, militaristic posture of vengeance and retribution against terrorism.

Likewise, after the HyperCacher massacre, Prime Minister Manuel Valls gave an impassioned speech before the French National Assembly, where he vehemently denounced the alarming rise of anti-Semitism in the nation. Hollande also decried anti-Semitism, vowing to institute preventative programs, as he stationed temporary military guards at Jewish holy sites and schools.

But on the other hand, France may be feeding the alligator, hoping it will eat him last.

Recently, at the UN, for example, France proposed to install security cameras on Temple Mount in Jerusalem. Although the proposal was allegedly meant to quell violence on the Temple Mount, and would have been excellent had France suggested that Israel install those cameras there, the specifics of the French plan threatened Israel’s sovereignty over the site. According to journalist Caroline Glick:

“France’s decision to use its diplomatic position to advance a plan which if implemented would end Israeli sovereignty over Judaism’s holiest site is first and foremost a French act of aggression against the Jewish state.

“Contrary to what the French government would have us believe, France’s Temple Mount gambit is not an effort to quell the violence. French protestations of concern over the loss of life in the current tempest of Palestinian terrorism ring hollow.

“France does not really oppose Palestinian terrorism. On the contrary, France facilitates it.

“Every year, the French government pays millions of euros, dollars and shekels to Palestinian NGOs whose stated goal is to destroy Israel. Through its NGO agents, France finances the radicalization of Palestinian society. This French-financed radicalization makes Palestinian terrorism inevitable.

“Much of the current rhetoric used by the Palestinians to reject Israel’s legitimacy and justify violence against Jews is found in strategic documents that France paid Palestinian NGOs to write.”

In a sleight of hand, the French government wants the world to believe that it is against anti-Jewish violence. On the other hand, France wasted no time initiating profitable business deals with Iran as the ink was drying on the anti-Israel nuclear deal, while the Ayatollahs were chanting their genocidal appeals to destroy Israel and the Jews.[3]

The Islamization of France is peeking over the horizon. While official French figures do not distinguish between ethnic or religious groups, several recent studies suggest that in 2014, France’s estimated 6.5 million Muslims now comprise “roughly 10% of the country’s total population of 66 million. In real terms, France has the largest Muslim population in the European Union.”

The voting bloc represented by these figures is enough to present a threat to the incumbent Socialist Party government, and can certainly influence the aspirations of any contenders for national office. The cries of a small Jewish minority of less than 1% pale by comparison.

It is hopeful to see that France, even prior to last week’s bloody massacres in Paris, had been making some legal headway in itscounterterrorism programs. Recent laws to cut welfare benefits to known jihadis, increase surveillance and upgrade police equipment are all signs that France may finally be confronting some of its problems — or at least trying to mount a convincing public relations show.

In 2017, Hollande, not an especially popular Socialist President, is up for reelection. He will be facing the pro-Israel ex-president, Nicolas Sarkozy, who will run as a so-called moderate against the right-wing Front National Party of Marine Le Pen.

The Front National’s staunch anti-immigration agenda has been increasingly successful in wooing Jews into its fold as it claims to be reframing its anti-Semitic, neo-Nazi history.

The mounting fears of France’s Jews are not going away anytime soon. Record numbers are packing their bags and moving to Israel, Canada, Britain, the U.S. and Australia. It is to be hoped that the French government, by now historically all too familiar with the problem, will have the courage, the desire and the will to remedy it, not only for the future of France but the future of Europe.